Raycus is approved! The list of the second batch of headquarters companies in Wuhan announced
Date：2021-06-10Source：Original article

On June 4, the Wuhan Municipal Development and Reform Commission announced the list of the second batch of headquarters enterprises in Wuhan, Raycus Laser was successfully selected!

As the first domestic listed company with lasers as its main business, Raycus was selected as a Wuhan headquarters company this time, demonstrating the Raycus technical strength and industry status. Since its establishment, the company has been rooted in Wuhan, integrating resources and continuously expanding across the country, continuing to grow bigger and better, and radiate to drive upstream, midstream and downstream industries and application terminals. In 2020, Raycus operating income will reach 2.317 billion yuan!

In the future, Raycus will firmly grasp the opportunity of being selected as a headquarters company, become bigger and stronger, accelerate the construction of Wuhan headquarters, boost the high-quality development of Wuhan's economy, give full play to the leading role of the headquarters, and continue to radiate and influence the country. Make greater contributions to the development of my country's laser industry! 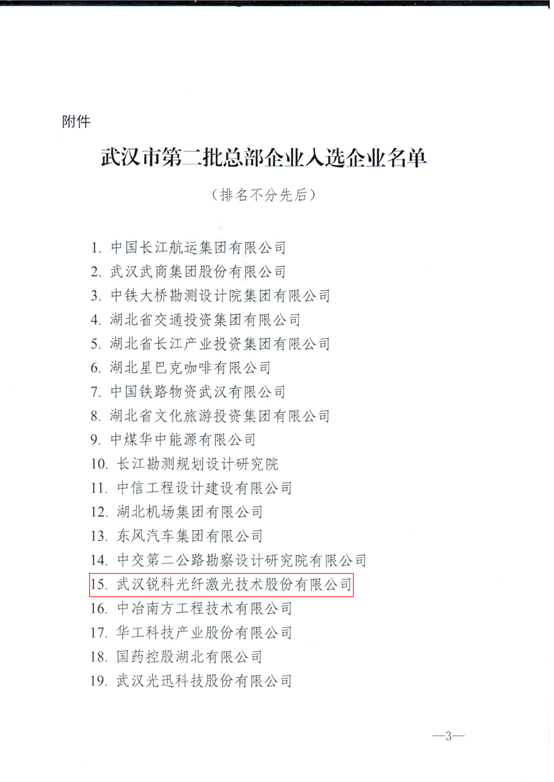