We set off all the way west, after several twists and turns, with the bright sun hanging high in the sky at 10 p.m., seeing endless roads and blue sky, beautiful and magnificent snow mountains. Finally, we reached Kashgar, Xinjiang Uygur Autonomous Region. In May this year, the beautiful Kashgar introduced the first 10000W fiber laser cutting equipment in the whole Xinjiang region. 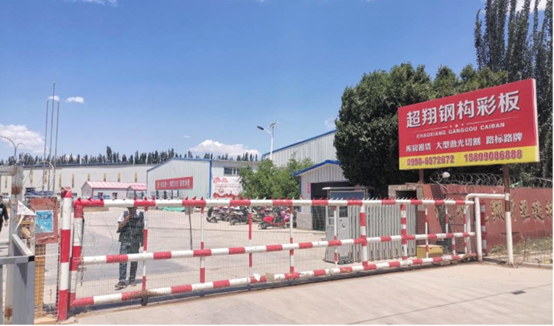 President Dong, the person in charge of the company from Kashgar Chaoxiang New Building Materials Co., Ltd., introduced that this set of 20kw fiber laser cutting machine was purchased from Beijing Jiutian Laser, and the core light source is Raycus 20000W continuous fiber laser. Due to the epidemic situation, the equipment passed through many places and finally arrived at Xinjiang. 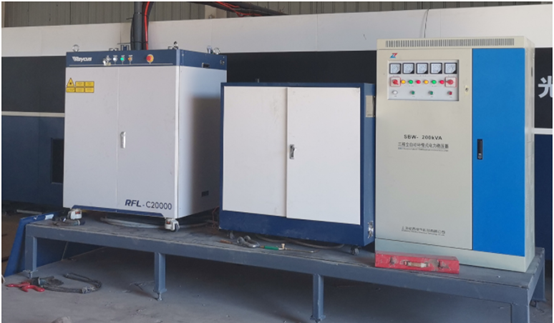 Mr. Dong lamented that his history of making a fortune originated from the first 3kw fiber laser cutting equipment he introduced in the whole Kashgar region a few years ago, but the power was still relatively low at that time and the processed plates were relatively thin. However, it is this 3000W laser cutting equipment that has changed my own enterprise from a "workshop" into a local leading enterprise with 6 or 7 plants covering an area of 100 mu. At the same time, it makes me realize the gap between traditional equipment and new-type equipment and the progress of national science and technology.

As a manufacturer specializing in steel structure production, Chaoxiang's main processing business is 10-20mm carbon steel plate cutting and welding. Before, it has been using traditional processing equipment, such as flame cutting machine, drilling machine, etc.

President Dong said that the traditional processing methods, such as flame cutting, have slow speed, low processing accuracy, large thermal impact, serious environmental pollution, high risk factor for operators, and high cost of consumed accessories and gas during operation. After introducing the laser equipment, there are almost no other losses except power consumption, with such advantages as high processing accuracy, fast speed, small thermal impact, no secondary treatment for the processed finished products, high equipment safety and reliability, and low industrial injury risk for operators.

President Dong further said that with the traditional drilling method, it needs to take up to 4 minutes to drill a 32mm hole for carbon steel with a plate thickness of 14mm. Now, after introducing 20000W Raycus laser, it is expected that it can be controlled within 10 seconds, and the platform can be designed at one time and the multi holes can be drilled at one time, further reducing the operation time and cost of material feeding,blanking and transfering. 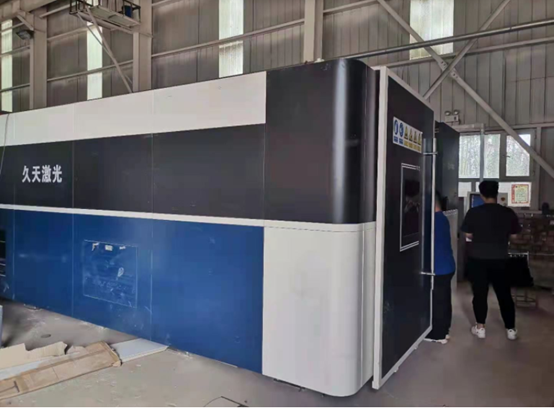 At the same time, the drilling bit loss, plate loss and coolant loss will also be greatly reduced, the heat accumulation and physical deformation caused by machining will also be significantly improved, and the previous iron filings brought by drilling will also disappear, now becoming surplus materials very neat and easy to handle. The 20000W laser purchased will not only save time, reduce cost, show environmental protection and energy saving, but also make great progress in product quality improvement. 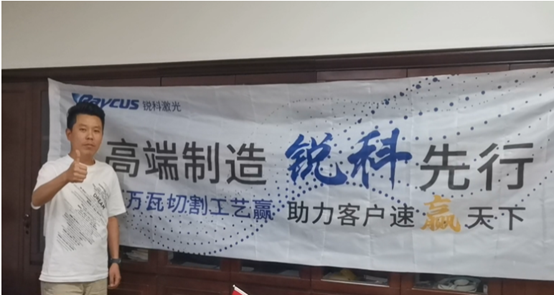 President Dong finally mentioned that as a Chinese Communist, he always believes in domestic technology and Raycus. The introduction of 20000W laser equipment is not only for expanding the needs of the factory production, but also a tribute to the 100th anniversary of the founding of the Communist Party of China.

In front of such a responsible patriotic entrepreneur, as an interviewer, I can't help but show high respect and admiration. As a first-class core light source supplier in China, we have more obligations and responsibilities to provide high-quality services for such enterprises.